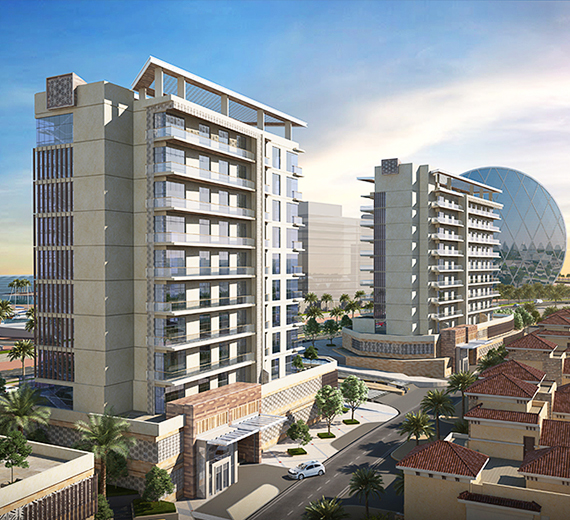 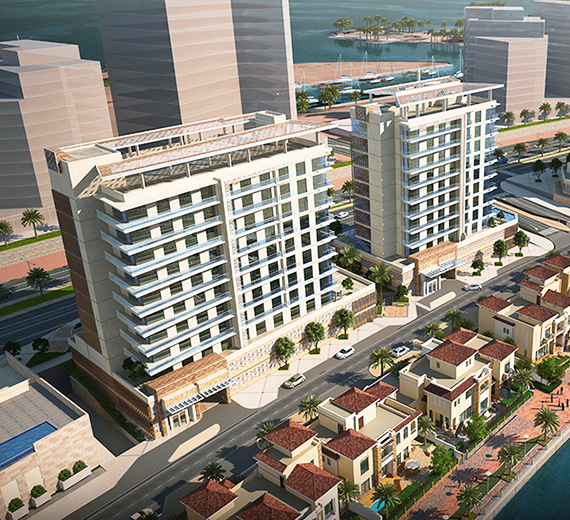 The Lu’Luat Al Raha project is a reclaimed island that will be home to a number of developments, ranging from beachfront villas to mid- and high-rise towers. It is expected to have more than 6,000 residents, with a daytime population of up to 13,000 (including visitors to the island).
Situated opposite the existing Al Raha Beach Hotel, the Lu’Luat Al Raha project will be surrounded by the Khor-Al-Raha, a creek giving residents access to their own beaches and marina. In addition, the site is being designed to be pedestrian- and bicycle-friendly, with a continuous promenade running around the whole island away from car traffic, connecting the entire development. 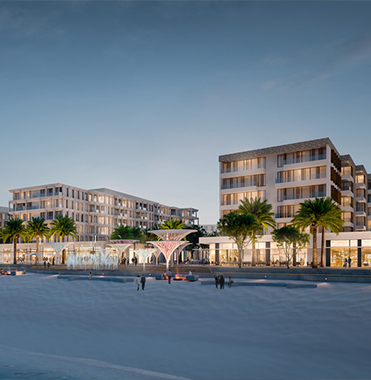 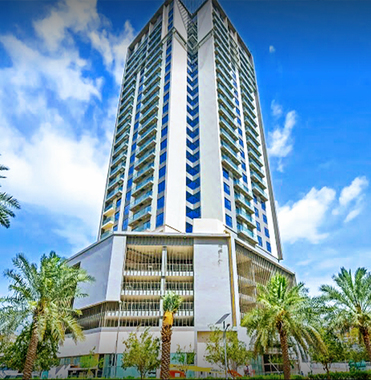 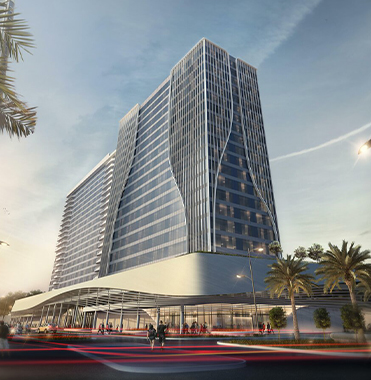